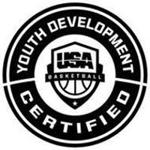 ALL IN coaches are dedicated to developing players both on and off the basketball court. We are proud to have coaches that are qualified with playing and/or coaching experience. More importantly, our coaches and staff are committed to teaching players values that will help elevate them in basketball and in life. 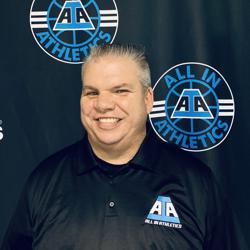 Matt Yarc is the Head Varsity Boys Basketball Coach at North Boone High School in Poplar Grove, Illinois . He grew up in Libertyville where he played high school basketball for four years and then played one year at the Junior College level before his career was cut short due to an injury. While playing, he was coached by two Hall of Fame coaches, Max Sanders (Libertyvile) and Bruce Smith (College of Lake County). Both coaches encouraged him to pursue his love for the game and help others by getting into coaching; his first head coaching opportunity came when he was 17 years old.  Over the past 30 years, Matt has coached at the Middle School, AAU and High School levels. During that time, he has operated his own Basketball Academy for 12 years and has coached and trained numerous players in the Northern Illinois area to play the game at their highest level. Matt has coached at the nationally recognized Phenom 150 Camp, which is held every summer in San Diego, California. He is a student of the game and thinks that coaches like players can never stop learning how to become the best they can be. 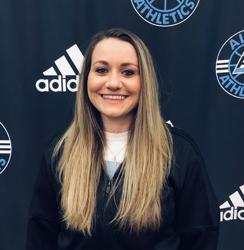 ALL IN Lake/McHenry Assistant Director
Carmel High School - Assistant Varsity Girls Coach
Stacey is the Assistant Varsity Girls Basketball Coach at Carmel High School. She played four years of varsity basketball at Warren Township High School (Gurnee). After high school, she went on to play 4 years of collegiate basketball at the University of Chicago, graduating with a degree in Economics. Stacey went back to school to pursue her Masters in Education at Trinity International University. She graduated in the Spring of 2018 and is now teaching full-time at Warren High School. Prior to landing her current role as a Varsity Assistant at Carmel, Stacey had coaching roles with Trinity International University, Warren High School, Libertyville Feeder, New Trier Feeder and the University School of Milwaukee. Stacey has been coaching with ALL IN since the Fall of 2014. As Assistant Director, she will be focusing mainly on developing and managing the girls teams that practice in the Lake County area. 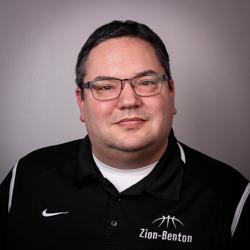 Coach Osborne has 18 years of experience at the youth, middle school and high school levels. Barry's coaching experience includes being the Head Girls Varsity Coach at Mother Guerin Prep in River Grove, Illinois. He also was the Varsity Assistant Girls Coach at Zion Benton High School for three seasons plus the Head Freshman Girls Coach for the Zee-Bees program for two years. He has a strong foundation in teaching the fundamentals of basketball and a commitment to the development of his players.  He is currently the Head JV Girls Coach at Harvard High School